LGBT+ Food Creators and Chefs You Should Be Following Right Now

appy Pride Month! There are many ways to celebrate Pride Month, but the most important thing is making sure that members of the LGBTQ+ community are being supported and uplifted. There are plenty of food creators that are part of the community, and we would like to take extra time this month to amplify their voices.

While the cooking world tends to be seen as welcoming and loving, many members of the community have expressed their disappointment in the discrimination that occurs in some kitchens. If you’d like to explore this topic more, we suggest starting with this article, titled “Homophobia Almost Made Me Quit Being a Chef,” written by pastry chef Justin Burke-Samson.

We highly encourage you to continue doing research on this topic, especially if you work in the food industry. This should be a safe and welcoming environment for everyone, no matter who they are. Read along to discover some chefs that you should be supporting this month, and remember that this is only scratching the surface!

‍This food and travel blog is made up of chefs Stephen and Art and centered around Mexican cuisine. They offer both traditional and modern interpretations of Mexican classics and share their experiences traveling together. They also work to spotlight other chefs in other Mexican restaurants. Recipes and reviews abound throughout their website and the pair keep their Twitter updated with great photos of their travels and food, too! Follow them on instagram at @latinofoodie.

‍The Scran Line is an Australian based food blog run by Nick Makrides covering everything from crispy oven baked fish fingers to adorable hamburger macrons. He offers both written and video tutorials for his recipes that can be as quick as 30 minutes! He offers kid friendly recipes that allow for the whole family to get involved as well. Just browsing the site makes our stomach rumble. His Instagram gives insight into the making of the content as well as showcasing Nick’s husband and adorable spoodle puppy! He has become insanely popular on YouTube, don't forget to subscribe!

‍Anita Lo is a chef and cookbook author who is both an Iron Chef winner and Top Chef Master. She has been awarded with Michelin Stars for her NYC restaurant Annisa and her dumpling bar Rickshaw was opened in 2005 with many locations across the City. She has been featured on ABC News’ “Recipe for Change” honoring Asian American and Pacific Islander chefs as well as many other programs. She was also the first female guest chef to cook for a State Dinner when she cooked for Chinese President Xi Jinping and his wife Peng Liyuan under the Obama Administration. Her blending of American and Asian cuisine has been innovative and inspired her restaurants as well as her cookbooks. You can currently find her on Instagram documenting her food journey through Italy! Throw her a follow at @anitalonyc.

Our top recipe pick: Broiled bluefish with Avocado, Grapefruit, Pistachio and Chilies from her cookbook, Solo

‍Alex Koones is the founder of Babetown, a pop-up supper club around NYC that serves queer women, trans, and non binary people. Throughout the pandemic, Alex created a program called “Babes in Quarantine '' to unite people through food during the period of isolation. She also does her best to feed her community by offering free meals to low-income queer people. Her Jewish background inspires her to create innovative recipes that are meant to share with large groups of people. Although currently on hiatus, @babetownnyc on Instagram is a great way to find out when the upcoming pop-ups are occurring while also spotlighting places to support other activist accounts and mutual aid. Alex also founded Queer Baiting, which is a New Orleans based fishing group for queer folk in the area.

‍Cat Cora boats many trailblazing titles as both a woman and person within the LGBTQ+ community. Originally from Jackson, Mississippi, her work has spread throughout the country as well as the world. She was the first female Iron Chef as well as the first female Culinary Hall of Famer. Along with those accolades, she also boasts the titles of television host, restaurateur, contributing editor, philanthropist, fitness expert, lifestyle entrepreneur, and mother. She has restaurants placed in airports throughout the U.S. and sponsors over 500 pop-up in varying locations. She has been awarded with multiple Michelin stars as well as many other prizes such as the President’s Volunteer Service Award given under the Obama Administration due to her volunteer and charity work that focused on feeding her community as well as offering nutritional advice. She has penned multiple bestselling cookbooks as well as a memoir titled “Cooking as Fast as I Can: A Chef’s Story of Food, Family and Forgiveness.” Throughout all of her career work, she and her wife have also created a loving home for their six sons. Her life and an inside peek into her family can all be found on her Instagram @catcora!

‍The second woman to earn the Iron Chef title is Kristen Kish. She is a Korean American chef that has been exploring cooking since she was only five years old. She emphasizes the fact that every food creator needs to find their own style, which is the way that they can truly be passionate about their cooking. She now continues to share her talents as a Chef de Cuisine of Boston’s Relais + Chateaux property, and at Menton, a restaurant owned by Barbara Lynch. Check her out @kristenlkish on Instagram.

Want to join a cooking community?

You came to the right place! Crafted is a cooking livestream platform that allows you to watch and cook along with foodies from around the world and from many different communities. Not only can you post your own recipes and engage with the communities, but you can also livestream or join livestreams to interact with other foodies in real time. If you’re hungry for more, be sure to follow us on Instagram @cookwithcrafted and sign up for our newsletter and our waitlist, too! Right now, you can explore our Indian Cooking Club, and soon you’ll be able to check out our Caribbean Cooking Club as well! If you’re interested in learning more, want to suggest a new community, or you want to start cooking (streaming) with Crafted, reach out and we can make that happen!

What is Conch? Learn About the Caribbean Delicacy

Join Our Newsletter and Get the Latest
Posts to Your Inbox

Thank you! Your submission has been received!
Oops! Something went wrong while submitting the form.

Thank you! Your submission has been received!
Oops! Something went wrong while submitting the form. 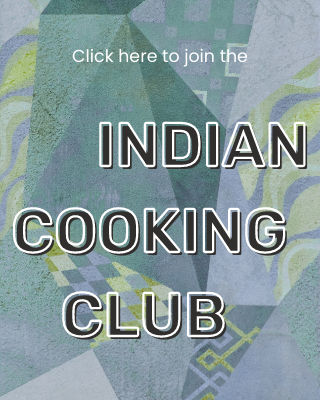